The most important thing is to recognise the distinction between a moral position on drugs, and the health and safety concerns associated with use. Hosking can’t, or more likely, won’t do this. 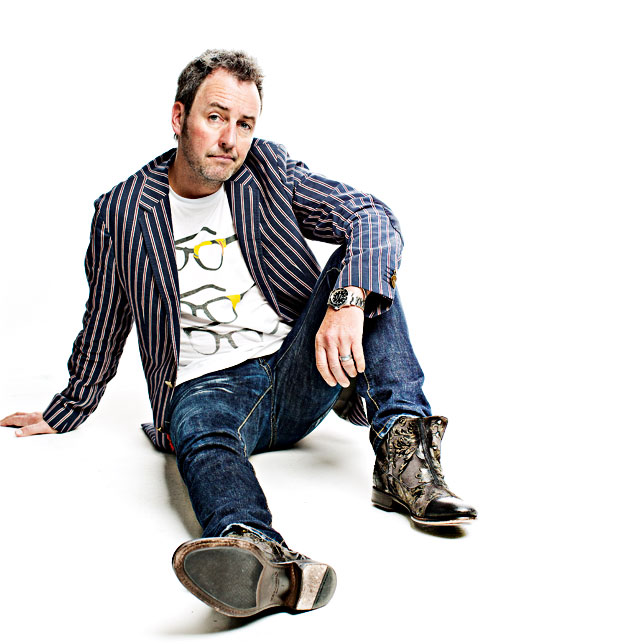 Another day, another predictably ignorant, and in this case potentially lethal diatribe from our most prominent right-wing commentator.

What’s Hosking’s problem today? Testing drugs at festivals. He starts by inverting the current reality – arguing that the fact people take drugs, indeed have done so for millenia, is not an aspect of human nature, but rather the result of political and social largesse.

Back to the drugs, the woke argument is ‘they’re going to take them anyway, so they may as well know what they’re taking’. That is the mentality of complete surrender.

No it’s not. It’s rather a grown-up and sober understanding of the way things are. It would take up too much of this column to discuss the history of drug use, it’s importance in cultural practice, and its genuine impact in the 1960s on our preconceptions of society and on the violence on which it is often predicated.

The most important thing is to recognise the distinction between a moral position on drugs, and the health and safety concerns associated with use. Hosking clearly has a moral position against the use of drugs, and that’s fine. I disagree with him profoundly, but he has a right to his view. There are also numerous religious groups who feel similarly – and in a country that tolerates a plurality of ideas and beliefs, they must also be respected.

But if that is your position, then don’t wade into discussions that scientists and health professionals are having – sober discussions based on evidence around reducing harm – just to screech about your moral outrage. You’re not helping, you’re not informed, and you’re living in a fantasy world.

Why don’t we supply them with needles just to make sure they’re clean?

Uh…we do that already Mike, it’s called a needle exchange programme, and it dramatically reduces the rate of Hepatitis C and other serious, and costly, blood-borne viruses.

And just to top it all off.

Need we remind the perpetrators of this particular crime that it was them that threw $1.9 billion at mental health. Drugs and mental health go hand in hand, and yet they want more where that came from.

Firstly, its imprecise to make a claim that “drugs and mental health go hand in hand.” They overlap, but they are not synonoymous. Of course, Hosking revels in imprecision, and relies upon tired and inflammatory soundbites, for example that the government is “peddling pills.”

In a nutshell there are two ways to look at drugs and drug policy:

Hosking takes the latter position. As I’ve said – fine, that’s his right. But he isn’t a doctor, or a scientist or a public health expert. He’s an angry man with a microphone. And as I am unsure if he is religious, I suspect his views derive from some kind of outdated 50’s moralism. Which also makes him a dinosaur.

A smart, 21st century approach to drugs is to simply recognise the reality of current use, and find ways to mitigate harm. In the 90s in the UK there were a spate of deaths from people on MDMA over-hydrating in hot clubs (psychogenic polydipsia is associated with MDMA) – measures were introduced to reduce the rate of water intoxication and they saved lives. They were rolled back by the Conservative government of the day, and the rates then increased.

Most painfully he tells us that Winston Peters has…

“come to the rescue of what I would imagine are most parents in this country, who look on aghast at the madness of people like the ever deluded, earnest, hopelessly woke, and out of touch Green MP Chloe Swarbrick who wants drugs tested at music festivals.”

We must always remember that the media is not interested in showing us the world as it is, but rather the world as they wish us to see it. That’s why Hosking makes baseless generalisations like “most parents in this country”. To throw his over-generalisation back at him, I’d wager that “most parents” don’t want their children dying at festivals.

Finally, let me ask you this Mike? Let’s say your child is off to a festival. You’ve done your darndest to strike the fear of god into them about the dangers of drug use. They meet up with mates who have a few pills and they’re offered one. In the heat of the moment they forget Dad’s advice and they decide to imbibe. Would you prefer if they were able to know if that pill is potentially dangerous, or are you happy that they take the risk?

I try not to react too much to Hosking’s diatribes – in fact I believe that his ‘opinions’ and transmitting them is less about an earnest desire and concern for the country, and is more related to racking up clicks for the Herald. Outrage sells. But when he says things that can directly lead to the deaths of people, especially young people, and when he wades into a scientific discussion with such a staggering level of ignorance, then he is due a rebuke and I will provide one.

Moral arguments against drugs are fine – but just recognise that’s your position and be honest about it. Because when you wade into policy and science questions on that basis, you sound stupid. And your stupidity can cost lives.